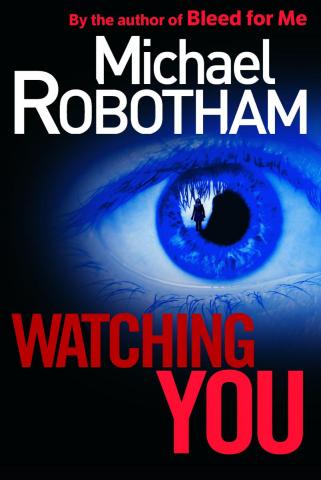 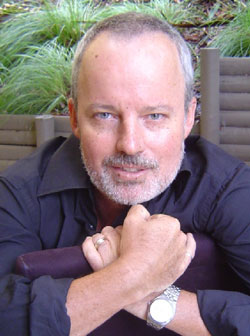 Born in Australia in November 1960, Michael Robotham grew up in small country towns that had more dogs than people and more flies than dogs.  He escaped in 1979 and became a cadet journalist on an afternoon newspaper in Sydney.

For the next fourteen years he wrote for newspapers and magazines in Australia, Britain and America. As a senior feature writer for the UK’s Mail on Sunday he was among the first people to view the letters and diaries of Czar Nicholas II and his wife Empress Alexandra, unearthed in the Moscow State Archives in 1991. He also gained access to Stalin’s Hitler files, which had been missing for nearly fifty years until a cleaner stumbled upon a cardboard box that had been misplaced and misfiled.

In 1993 he quit journalism to become a ghostwriter, collaborating with politicians, pop stars, psychologists, adventurers and showbusiness personalities to write their autobiographies. Twelve of these non-fiction titles were bestsellers with combined sales of more than 2 million copies.

His crime fiction / psychological thrillers have been shortlisted and awarded more times than you could mention - including multiple Ned Kelly Awards, shortlistings for the Barry Award, the Steel Dagger, ITV3 Thriller Awards and Boeke Prize. (see Michael's website for the full details!)

Michael lives on Sydney's northern beaches, where he recently moved house, swapping his 'pit of despair' (basement office) for a 'cabana of cruelty' - a name bestowed by his three teenage daughters, who happily poke fun at the man who feeds, clothes and caters to their every expensive whim. Where is the justice?

Leave a comment here for your chance to get a Christmas Card direct from Michael, or maybe a free book from the giveaway pile. 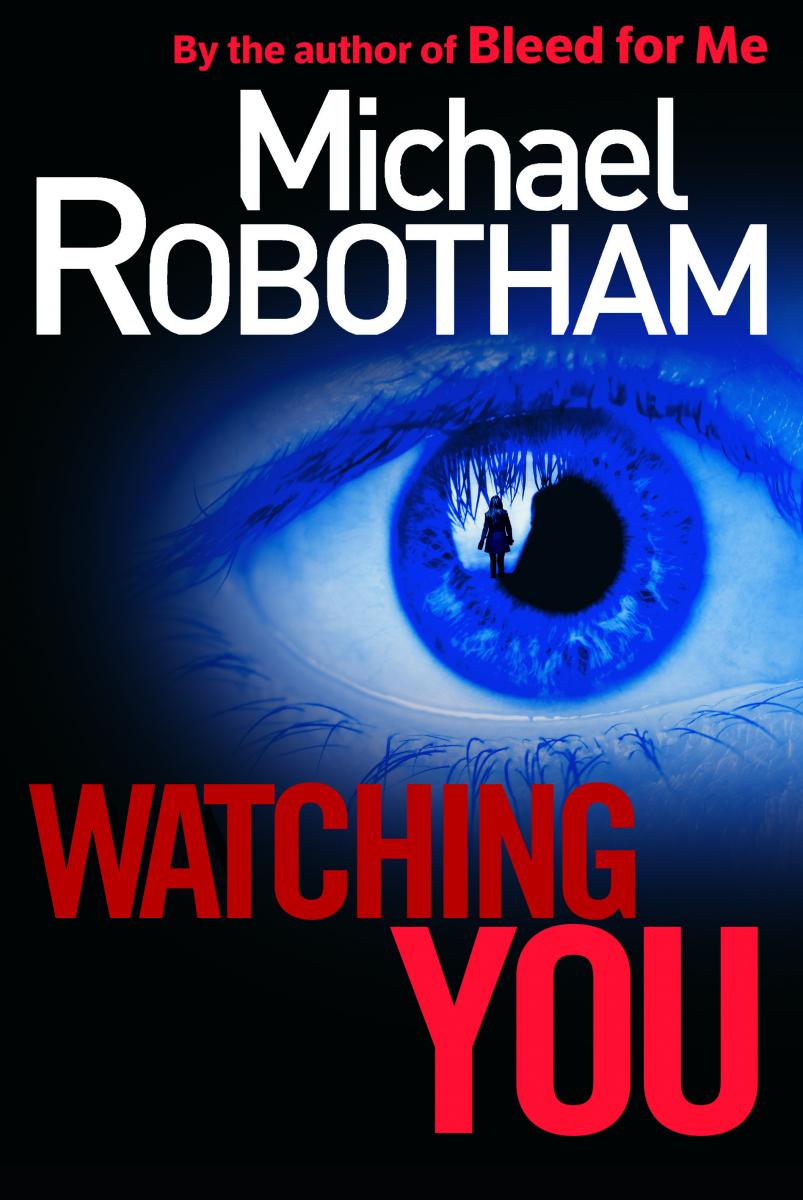 WATCHING YOU is a psychological thriller about stalking, but it’s not as straight forward as you might think because we can be stalked by many things – past tragedies, distant memories, ex-lovers, lives we could have led or our own paranoia.

This particular story concerns Marnie Logan – an abandoned wife and mother, whose husband has been missing for more than a year. Marnie came home and found a half made cup of coffee on the kitchen counter and a cooling kettle, but that was it. Daniel was gone. Vanished. No messages, no calls, no sightings, no bank withdrawals. He has simply dropped off the face of the earth.

Because the law regarding missing persons – she can’t access his bank accounts, cancel his direct debits, claim his life insurance, open his gym locker. She’s trapped in a legal limbo, struggling to raise two children and increasingly suicidal.

Enter psychologist Joe O’Loughlin, who tries to help her, but he soon discovers that Marnie isn’t all that she seems. Ever since she was a little girl, she has had the sense that someone has been watching her. It’s nothing she can put her finger on – it’s a fleeting glimpse of something in the corner of her eye, footsteps behind her, a weight upon her chest, a prickling on her skin.

The idea for WATCHING YOU came from a story that I covered as a journalist while working for The Mail on Sunday in London. I was sent back to Australia to write a about a stalker who had become obsessed with a woman who lived across the road. I can’t tell you much about the story – it will give the plot away – but I was fascinated with the different reactions from investigators. Some thought the woman was being paranoid. Others believed she was inventing stories to get publicity. The ultimate answer shocked everybody.

When I was growing up, my parents would take us camping every summer and we would pitch our tent at a campground somewhere on the NSW coast. Presents had to be well hidden. Pillow cases were hung from the bunk beds.

I woke during one Christmas Eve and saw two people in the doorway of the tent. My mother was kissing Santa Claus. She was really pashing the big guy, who didn’t seem very interested in the can of VB and Anzac biscuits.

I didn’t make a sound because I knew that Santa didn’t give presents to children who stayed away and tried to catch sight of him. For years I clung to this story – never once considering the possibility that Santa and my Dad were both rather bulky in stature and bearded.

Well…I know what I saw…it was definitely Santa Claus.

It’s not really a present – but last Christmas for the first time we decided that rather than troop off to the big family gathering with dozens of uncles, aunts, cousins etc…. we would have Christmas at home – just the five of us – me, my wife and three teenage daughters.

We played trivia games, wore funny hats, looked at old home movies and then sat down and watched Sean of the Dead on DVD. The girls said it was their best Christmas ever…which is why we’re doing it again this year.

I seem to remember being given boxing gloves – which just made it official that the Degatardi boys who lived next door could beat me up without being censured.

We bought our eldest daughter her first guitar. She’s now a professional songwriter who is working with some of the biggest names in Australian music.

WATCHING YOU is a book for someone who loves a mystery and doesn’t mind occasionally checking that the doors are locked.

"Her behind the website" says it comes as absolutely no surprise to find that Michael's writing is popular in all sorts of reader circles.

His ability to grab the readers attention and hold them on the edge of their seat for page after page is legendary and there's absolutely nothing in this world that beats a new book by Michael Robotham.

(Although she says that doors locked is only half the battle - there's the windows that need to be watched and nobody has yet suggested what to do about the manhole in the laundry...)

Fans of the books will know all about the main characters - psychologist Joe O’Loughlin, and ex-cop Vincent Ruiz. It seems that there are readers who particularly like one or the other. Or both? 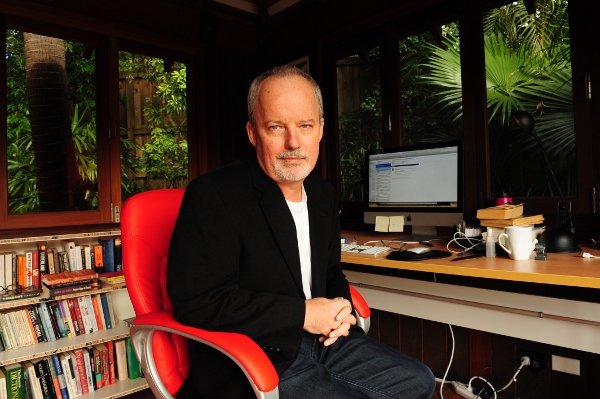 I'm going to leap in here and confess that as much as I like Joe, I'm a bit of a Vincent fan. It's that slightly scruffy, unorthodox fringe dweller thing with me... :)

From the very first novel I knew I would be a Michael Robotham fan and have introduced friends and family to his novels. Thank you for the gift of your stories, Michael :) I still think "Shatter" is the best novel I ever read.

Fabulous, clever, and scarey. Agree that Shatter is one of the best.

The 'cabana of cruelty' made me laugh. Congratulations on your daughter's success as well! Watching You is on the bedside table for Christmas holiday reading.

I sprung Santa too..

I sprung Santa during a camping trip too, much later on I realised it was my mum on her red dressing gown but a the time I just squeezed my eyes shut and hoped 'he' didn't realise I was still awake!

Thank you for sharing with us today, I'm a fan ;)