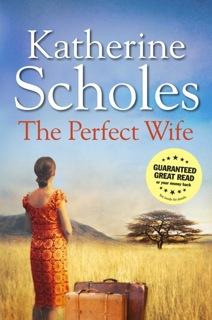 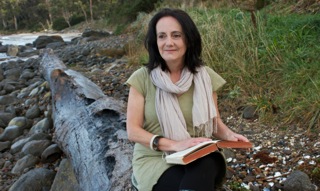 Katherine was born in Tanzania, East Africa, the daughter of a missionary doctor and an artist. (What a scintillating love story that envokes in the mind!) Thanks to my teenage reading diet of Wilbur Smith and other African based books (which belonged to my father), just the fact Katherine and Tanzania exist in the same sentence was enough for me to say, I need to know more about this amazing lady!  Katherine tells us she has fond memories of travelling with her family on long safaris to remote areas where her father operated a clinic from his Land Rover. When she was ten, the family left Tanzania, going first to England and then settling in Tasmania. 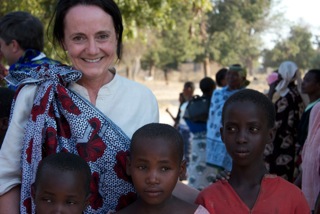 As an adult, Katherine moved to Melbourne with her filmmaker husband. She worked there as a documentary producer for many years, alongside writing her first books. In 1998 the couple returned to live in Tasmania with their two sons. She  is the author of international bestsellers The Rain Queen, Make Me an Idol, The Stone Angel, The Hunter’s Wife and The Lioness. She joins us today to talk about her new novel, The Perfect Wife.

Leave a comment here for your chance to get a Christmas Card direct from Katherine, or maybe a free book from the giveaway pile.

Take it away Katherine ... 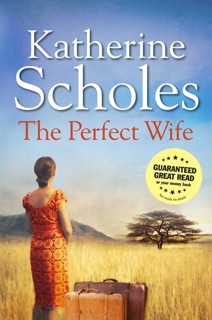 Like several of my other novels ‘The Perfect Wife’ is set in East Africa. This time the story takes place just after the end of WWII. A young Australian woman, Kitty, goes to a remote part of Tanganyika (now Tanzania) to join her husband. She’s hoping for a fresh start, and the chance to make up for a scandal that almost ended their marriage. Theo is an executive in a British government agricultural scheme, and in a half-built company town where most people still live in tents the couple have a lovely home on Millionaire Row. With the nightmare of the war behind them, the future looks bright. All Kitty has to do is play the part of the perfect wife – but her life in Tanganyika takes her on an unexpected path.

It all began with my father telling me about the peanut growing scheme that the British Government set up in Tanganyika in the late 40’s. It was a massive project that completely failed. During its dying years, Dad was a young missionary doctor working in the area. He went to the town nicknamed ‘Londoni’ where the British staff lived. By then it was virtually deserted. He told me he thought this strange piece of history would make a great backdrop for a story, so he and I – along with my mother, sister and my teenage son – went over there to have a look at the place. That was the beginning of my research and it just went on from there…

Not funniest, but definitely the most memorable. One year our extended family had just finished our roast turkey lunch when the phone rang and a friend told us there had been a mass stranding of pilot whales on the north coast of Tasmania, about an hour’s drive from my parent’s home. People were ringing around for rescue volunteers. We all jumped in our cars. From where the road ended we still had to walk another hour or so to the beach. By then the tide was coming in and groups of people were able to roll most of the whales into deeper water. Eventually the National Parks Rangers arrived and took over. We all trailed home, totally exhausted but amazed by the experiences of the day.

As kids living in Africa we didn’t get many presents. One year an old school friend of Mum’s visited and brought us each a little pig made of marzipan – a Christmas tradition in her home country of Norway. I remember the pigs were very cute with painted faces. I kept mine for months until it eventually disintegrated in the heat.

Can’t really think of one.

My husband collects old hotel crockery, which is now quite hard to find. Last year I discovered a little milk jug and sugar bowl with matching cup and saucer at a market. I snatched them up without even asking the price – I was just glad to have something on hand for Christmas. Men are hard so to choose for.

(Margareta: I never knew old hotel crockery was a collectible. How wonderful.)

I love it when several generations of women in one family read my novels. So I’m hoping this year some of my readers will give ‘The Perfect Wife’ to their grandmother, niece, daughter, aunt – whoever they share stories with – and then borrow it back and read it themselves.

(Margareta: Exactly what happens in my family!) 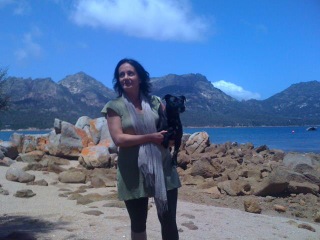 Katherine is especially popular in Germany and France where she has sold over TWO MILLION books. What a fabulous achievement by a most deserving author. The word Tanzania just rolls off the tongue and the images Katherine's books envoke make you feel like you are living and breathing East Africa. I for one will be adding THE PERFECT WIFE to my rapidly growing "All I want for Christmas ..." list.