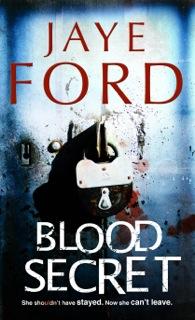 Before chasing her dream to become an author, Jaye worked in newspapers, radio and television as a news and sports journalist. In 1988 she became Australia's first female presenter of a live national sports show, and later fronted evening news on regional television and ran her own public relations business. At 40 she decided that her dream to become an author would never be realised unless she sat down and started writing. Almost ten years later, her debut novel, BEYOND FEAR, was the highest selling debut crime novel in Australia in 2011, won the 2012 Davitt Award for a Debut Novel and shared the 2012 Davitt Award for Reader Choice.

Her second novel SCARED YET? was released in 2012 to rave reviews. Married with two children, Jaye now writes full time from her home at Lake Macquarie in the NSW Hunter Valley. She's here with me today to talk about her third novel BLOOD SECRET which was released in September.

Leave a comment here for your chance to get a Christmas Card direct from Katherine, or maybe a free book from the giveaway pile. 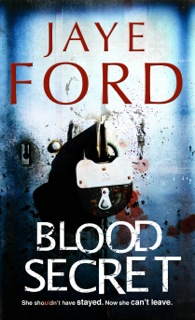 My new thriller Blood Secret is about Rennie Carter, a woman with dark, dangerous secrets, and Max Tully, the man she loves and who goes missing one night after a party. The story about the search for Max is set on Lake Macquarie, NSW, where no-one is who they appear to be – and Rennie’s secret isn’t the only one that threatens the quiet, safe community of Haven Bay.

Blood Secret was born one night after my husband and I were involved in a road rage incident. We were driving to our local Thai restaurant when a young kid in a four-wheel drive jumped in front of us at the round-about. My husband beeped the horn at him, so he followed us to the shops, bailed us up in the car park, yelled threats at us from his car and tailgated us as we walked to a bottle shop. When he finally left and we were waiting for our meal in the restaurant, my husband decided to check on the car and I sat on my own thinking, What if he doesn’t come back? He did – and by then I was thinking, What a great start to a story. So the book begins with that road rage incident and when Max Tully goes to check on his car, he doesn’t come back.

I racked my brains for a single, hilarious Christmas tale that I could stretch into a story but realised the stuff that’s made my family roll about with laughter has been the small, comical moments that colour our long, food-filled, family tag-team Christmas Days. My husband falling fully clothed off our boat, attempting to assemble kids bikes with too many champagnes on board, being blasted by a neighbour with a massive water gun whilst wearing a tiny nightie, the dog getting into someone’s food gift and waddling around for the rest of the day, kids catching out Santa, falling backwards off a stool in the middle of lunch (as a small child!).

We have a fun tradition that came from one of those moments. When my son kept pulling faces for the obligatory, self-timer family photo, we all decided to join him. Now every year, we take two pictures: one with smiles, the other with the weirdest, ugliest expression we can make. And there are years of family records of three generations sporting crazed Christmas faces – something for the ancestors to wonder about!

The best gift and attached story was when my husband was driving home from Sydney and, trying to come up with a surprise, saw an ad for the Australian Tennis Open. He phoned his PA, asked her to buy tickets and thought he was sorted. It wasn’t until a couple of days before Christmas that he realised the Aussie Open is in Melbourne and he also needed accommodation and airfares. So I got tennis and a holiday.

An enormous pair of ugly shorts.

There have been handmade prezzies, gifts I’ve paid off for months, the ones I’ve agonised over and a few ridiculously extravagant ones. But the best gift I still give is Santa. I love shopping for Santa – fun, practical and sometimes edible bits and pieces. My kids are in their 20’s now and Santa can’t resist dropping by. And their silly pillowcase of goodies now feels like the gift of tradition and memories – can’t beat that!

Anyone who likes to be picked up and taken on a nail-biting ride with a story. 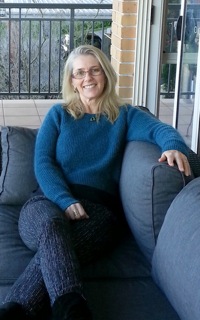 And I'll attest to that! My first attempt at reading a thriller was with one of Jaye's books. I can vividly remember reading BEYOND FEAR whilst lying in bed at midnight. My husband was doing night shift so I was alone. Not a good thing to do. Such was Jaye's talent as an author, I was so scared I was shaking from head to foot!

Jaye and I share publishing houses (Random House, Australia) and publisher, Bev Cousins, so we are 'sisters in crime'  on a number of levels. Jaye is another extremely talented and lovely author whom I delight in talking to when we meet. Actually, last time we met it involved drinking wine too, lots of wine