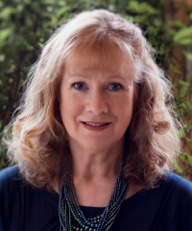 Deborah O'Brien is a teacher, visual artist and writer who was born and raised in Sydney. She came to my attention with an intriguingly titled novel, MR CHEN'S EMPORIUM, a book I absolutely adored for it's beautiful writing and delightful tale. She has done it again with her second book THE JADE WIDOW .

'O'Brien delivers accuracy and grace in this deftly written tale . . .'

Together with her husband and son, Deborah divides her time between Sydney and a country cottage on the outskirts of her very own Millbrooke, the rural village which is the backdrop of her novels. You will even find platypus there ...

Leave a comment here for your chance to get a Christmas Card direct from Deborah, or maybe a free book from the giveaway pile.

Thanks, Margareta, for inviting me to take part in your Christmas Blog series. (Margareta: It's wonderful to have you here Deborah.) 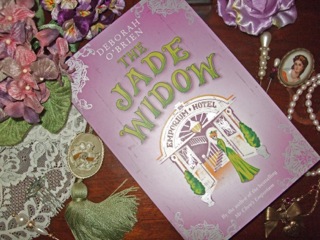 In your own words tell us a little about your new release.

THE JADE WIDOW is a sequel to MR CHEN’S EMPORIUM and also a stand-alone novel, which picks up the story of Amy Chen and Eliza Miller in 1885.

Once a vivacious and rebellious teenager, Amy has now become a serious young woman, who models herself on the widowed Queen Victoria and has no intention of ever falling in love again. Instead, she intends to build a grand country hotel in Millbrooke, a little town that has prospered in the wake of the Gold Rush.

Eliza remains the forthright person whom readers got to know in MR CHEN’S EMPORIUM. She is studying to be a doctor, a notion which is widely considered perverse and unladylike. When she returns to Millbrooke from her studies at the Sorbonne, she discovers the job she thought would be hers, has been taken by a man. And she doesn’t hesitate to show her distaste for the newcomer.

Along with many of the characters from MR CHEN’S EMPORIUM, we also meet historical figures such as the ‘Father of Federation’, Sir Henry Parkes, the influential Chinese merchant, Quong Tart, up-and-coming painters Charles Conder and Tom Roberts, and one of Sydney’s early suffragettes, the persuasive and beautiful Rose Scott.

You can see a slideshow trailer at: http://www.deborahobrien.com.au/index.php/the-jade-widow

I wanted to write a book about women seeking an identity of their own in Victorian-era Australia. The title comes from a jade statue given to me by my mother-in-law. In MR CHEN’S EMPORIUM Amy fantasises about being a jade figurine in Charles Chen’s storehouse of possibilities, and in the JADE WIDOW we see what has become of the fantasy.

It would have to be the year that Santa turned up in an inflatable suit, which made him look like a red version of the Michelin Man. I was certain he was going to burst. At one point he got wedged on the sofa like a beached whale and everyone had to help him stand up.

When I was six, I was confined to bed with ‘double’ pneumonia for what seemed like weeks. As a result, I wasn’t well enough to visit Santa at Christmastime, but someone must have told him I wanted a dolls’ house. On Christmas morning I woke to find a miniature mansion, filled with exquisite furniture and fittings, sitting on a table beside my bed. My grandfather, who was a carpenter, built the house and furniture for me. All these years later, I still treasure that dolls’ house.

I hope my husband doesn’t read this because the worst present I’ve ever received was the one he gave me for our first Christmas together. Being a very practical person, he bought me a filing cabinet. Hardly the romantic gift I’d been anticipating. Then again, the following year he gave me hiking boots!

It was Christmas Eve 1997. We took our son for a surprise trip to the RSPCA and came home with an adorable tabby kitten, whom we called Tinker Bell after J.M. Barrie’s fairy character. Thankfully Tink is still with us and she has even learned to cope with our newest pet, a very lively kelpie puppy by the name of Angel.

Actually, my mother has just bought a pile of Jade Widows to give to her friends for Christmas. Thanks, Mum!

Happy Christmas, Margareta, and wishing all your readers a joyful Christmas and a happy and healthy New Year.

(Margareta: And Happy Christmas to you too, Deborah! ) 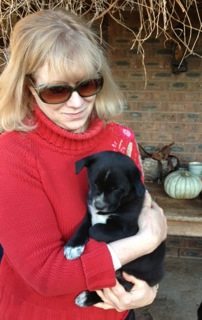 If you've been visiting my blog or Facebook page for a while, you will know just how much I ADORE Deborah's books. MR CHEN'S EMPORIUM was one of my top reading picks for last year, a novel which is a perfect gift for that special female in your family. THE JADE WIDOW was a perfect accompaniment to MR CHEN'S - I enjoyed it just as much - and I now can't wait for Deborah's next venture.

Deborah has kindly donated one set of both books - MR CHEN'S EMPORIUM and THE JADE WIDOW - to be given away to some very lucky reader. Make a comment below and go in the draw to win not, one, but two books! I assure you they are as beautiful to look at as well as read!

I love books with a Chinese

I love books with a Chinese theme so thanks for alerting me to these 2 they sound great.

I am delighted you now have two more books to look out for!

The characters define themselves with clarity very early in the story, and the landscape is described with an artist's vision. The reader can almost smell the dust rising off the hot summer road, and feel the heat shimmer of sun struck paddocks. The characters, too, seem arrange themselves as in a painting. I almost hoped to hear what the colours of the room might be.

Having only read one chapter of "The Jade Widow"
......well, you only wanted a comment, not a full review, thank goodness. But it fairly canters along, this story - the girls stating their cases and defining with gentleness but firmly enough, their unique attitudes. The men, sturdily work orientated, but resting after the rigours of the paddocks. I can see there are matters that need resolving already - secretly hoping the beastly reverend father comes to a sticky end, and that the totally sound Eliza soars to the heights of her profession, and that Amy will become masterfully successful and find a good reason to ditch the widow's weeds....and what about young Charlie? What lies in store for him, I wonder?
The Divine Feminine takes a stand against the Gods of War, and rightfully makes the soundest, purest case for the futility of conflict, particularly as an instrument of vengeance. Yes, I am quite looking forward to getting my teeth into all the other chapters of "The Jade Widow".

You have put that beautifully! That's exactly how Deborah's books make you feel - like you are there, living with Amy and Eliza. I have to say, Eliza is my favourite character. It brought me to tears in Mr Chen's when the present day looked upon her gravestone.  Thank you for such a succinct summary of Deborah's writing. Do you write too?

Thank you so much for those lovely comments. They're much appreciated.